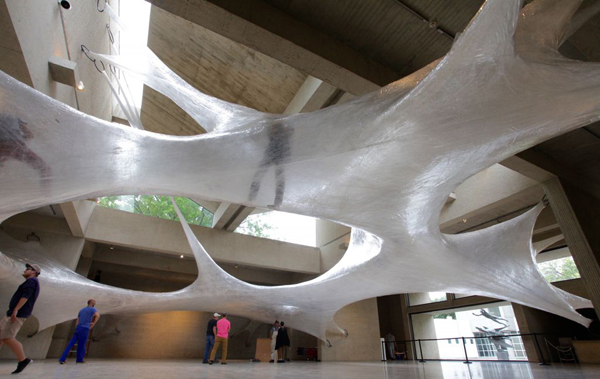 By Guim Espelt, designer and doctoral student member of the Elisava Research team.

This series of short texts will explore how materials encounter with culture, each time focusing on a type of material. Not only designers, architects, engineers or similar professionals benefit or get inspiration from materials, but also all kinds of creatives use them as a resource. We can find that a same type of material is used in an artwork, referenced in a fiction, used as a support for immaterial culture or as a literary resource or theme.

To start with: plastics. In the late fifties it was already used by millions of people, as its use increased in all kinds of designs. But not everyone knew what exactly was or where it came from.

In 1958, the French industrial group Pechiney commissioned a short film to the filmmaker Alain Resnais whose images, accompanied by the poetry of Raymond Queneau, showed the industrial process of styrene becoming objects: “Le chant du styrène”, that starts like this:

Oh, time, suspend your bowl, oh plastic substance
Whence are you? Who are you? And what accounts
For your rare qualities? Of what might you consist?
From what have you come? The object, as it now exists,
Has remote ancestors! Let us in reverse unfold
Its exemplary history.
English translation by Madeleine Velguth (Disegno 12, 2016, p187).

Just a few years before, also in the mid-century plastic revolution, Billy Wilder placed one of the characters of his adaptation of Sabrina (1954) at the head of a big company, who wants to present “the greatest plastic ever made”. A plastic that is transparent, resilient, bulletproof, that doesn’t burn, scorch or melt, and it’s natural, eatable and sweet. Although this plastic does not exist, the situation is well crafted to serve the scene, and funny to see how they test it. 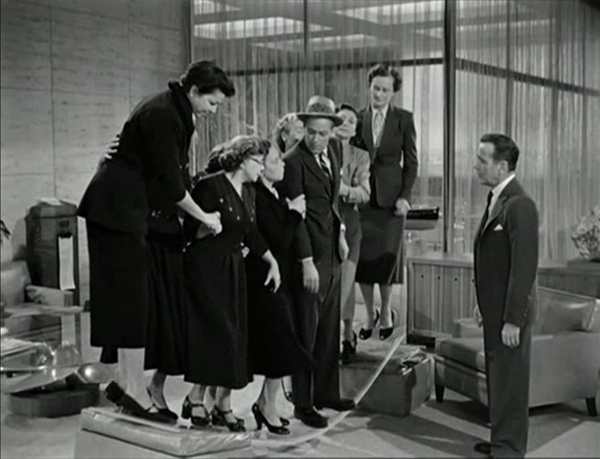 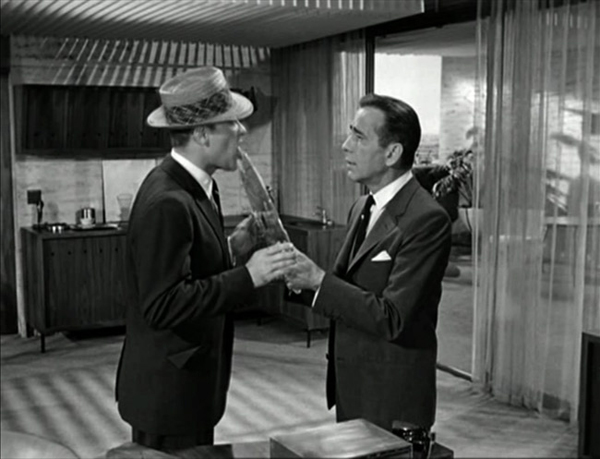 Plastic resistance range is very wide, depending on the type of plastic and how it is used. The collective Numen pull out the best of several simple industrial plastics properties to build installations and set designs. For example, their tape structures defy gravity and stress, and their PVA film scenography for Black Beast Sorrow (2013) takes advantage of its water-solving property to paradoxically represent a burnt effect caused by fire. 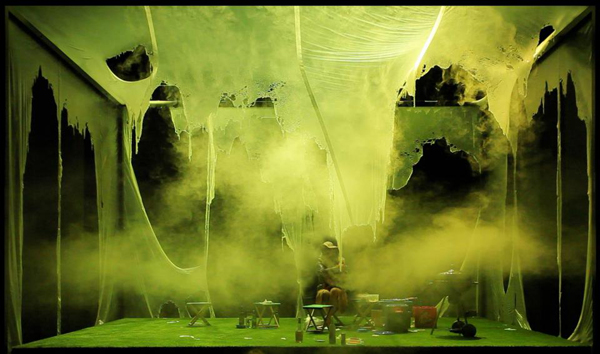